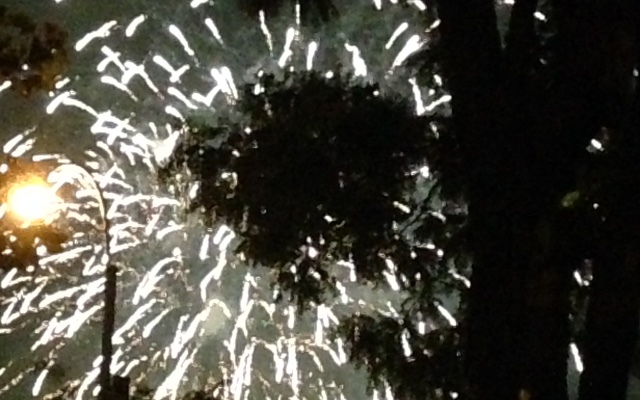 Linking up with Bonnie.

I am obsessed with this new song. I listen to it multiple times a day, and when I wake up it’s already in my head. It’s nice to wake up with a song I actually like in my head (instead of La Bamba, for any Hyperbole and a Half fans out there).

When I was sitting in my living room the other day, wondering why there were so many gnats flying around the coffee table, I looked up to find a huge swarm of gnats flying and crawling all over the chandelier. Since then I have launched a strategy against the gnats: I brought my desk lamp into the kitchen and set it above a bowl that is filled with water, dish soap, and vinegar (the first night I didn’t have vinegar, so I used lemon-scented cleaning solution and wine). I turn off the rest of the lights in the apartment, or at least as many as I can manage without. The gnats are drawn to the desk lamp and the smell of the vinegar, and they get trapped in the soapy solution. I’ve caught well over fifty so far, and I’ve drowned a bunch in Windex and vacuumed up hundreds that were crawling around, but I know there are more, and I’m trying to lure them all into the bowl of death. (Maybe this is not so much in the spirit of Laudato Si…is there a section in there about gnat infestation? Pope Francis should get on that.)

The other day my friends and I accidentally stumbled upon a trivia night while having dinner at a bar in Manhattan, and we ended up winning free shots and a gift certificate to the bar. I guess we have to go back now? I won the gift certificate by being my group’s representative for a tiebreaker question—I answered correctly that L. Frank Baum was the author of The Wizard of Oz.

When I haven’t been waging war against the insects in my apartment or using my trivia skills to win free alcohol, I’ve been visiting some of the museums in the city. I had never been to the Cloisters or the Natural History Museum, and I visited both over the past few weekends.

I recently finished reading Brideshead Revisited for the first time, and I really loved it. I’d already read an overview of the plot in George Weigel’s Letters to a Young Catholic, so I wasn’t surprised by anything, but I was still captivated by Waugh’s writing and drawn in by the characters. And I think that reading Weigel’s piece first ended up being a good way to enter into the bigger themes of the novel as I read it, to be aware of how the workings of grace and the beauty of the human condition were illustrated through the story. Tess has written a great post on the book, which is worth reading!

Also—I remember seeing the trailer for the 2008 adaptation years ago, before I’d ever read the book or known anything of the plot. Based on the trailer alone, I had zero desire to see the movie. After reading the book, I looked up the trailer again thinking that maybe I’d be interested in it now. Nope! The movie seems a thousand times worse now that I know the real story, and it’s very different from the book. I still have no interest whatsoever in watching it. Is the 1980s miniseries worth watching instead? At this point I’m inclined to just let the characters live in my imagination instead of trying to watch them on-screen.

For the first time ever, I actually got all the tickets I applied for in the ND alumni football lottery! I got tickets for three games, two of which (USC and BC) are really popular and generally hard to get tickets for. I can’t go to all the games myself, but I’ll be able to sell the ones I don’t use to family members/friends.