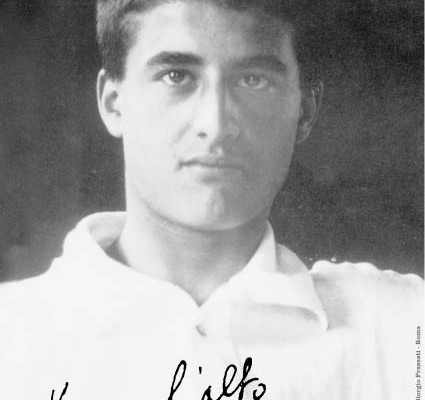 It is easy to compartmentalize “the poor” into a generalized category of people whose lives look very different than our own. But truly serving the poor involves seeing them as individuals, as children of God, as our brothers and sisters, and as Christ Himself, hidden in the heart of another. Pier Giorgio Frassati understood this profoundly; he “never looked upon another as a stranger, but as a person to identify with to the point of taking on his or her burdens. He never delegated the care of the poor to others, and he never simply opened his wallet to help those in need. Instead, he gave of himself. His charitable actions were not a handout, but an act of true solidarity; not a performance of false piety, but the love of God in action. He used to say, ‘Jesus comes to me every day in Communion, and I return the visit by going to serve the poor.'”[1]

In this season of Lent, there is an emphasis on almsgiving. As we give alms, let us remember to give not only from our pockets but from our hearts as well. It’s not enough to write a check and think we’ve done our part, that we can keep on living our lives without worrying about other people’s problems. Yes, if we have money or goods to offer, let us offer them, but sometimes money isn’t what is needed. We are called to get our hands dirty, to allow our own hearts to ache for one another, to carry each other’s burdens and learn to depend on one another for help. This can take on many different forms: listening to a friend in need and being a shoulder to cry on, saying hello to the homeless person on the street corner, babysitting for a friend who needs a break, giving of our time through volunteering, or visiting someone who is sick.

It is not only Lent but also the Year of Mercy, and there is no better time to make an effort to practice the corporal and spiritual works of mercy. We can remember the immense grace that we are given through the Eucharist, which we are called to share with everyone we meet. Just like Pier Giorgio, we can radiate Christ to those around us. We are called to go out and reveal the radical love of Jesus to those who have yet to know Him, to all those who are poor in spirit and need our care and attention.