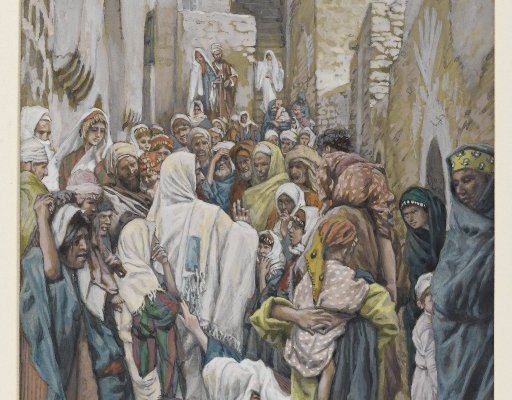 A woman suffering hemorrhages for twelve years came up behind him
and touched the tassel on his cloak.
She said to herself, “If only I can touch his cloak, I shall be cured.”
Jesus turned around and saw her, and said,
“Courage, daughter! Your faith has saved you.”
And from that hour the woman was cured.
—Matthew 9:20–22 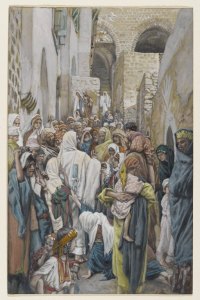 Under Jewish law, a woman with hemorrhages was considered unclean, and anyone she touched would also be made unclean for a designated period of time. However, when this woman reached out and touched Jesus’s cloak, she did not make Him unclean; rather, He made her clean. She knew that this is what would occur because she recognized that He was no ordinary man. Her faith in His divinity surpassed all: her shame and embarrassment at her condition, her lowliness, the disapproval of her people. She took a great risk in reaching out to Jesus, but she did so because she had faith that He was the ultimate Healer.

This woman had been considered unclean for twelve years. For twelve years she had been an outcast, unable to participate in the life of her community, separated from her people. But she maintained a sliver of hope: enough to recognize her Savior at a distance, enough to have the courage to reach out and touch Him. Anyone else would have backed away from her, horrified—but she knew He would not. She knew His strength was greater, that He could heal her if He wished. So she approached Him in humility, having confidence not in her own worthiness but in His great power. Her faith is indeed what saved her.