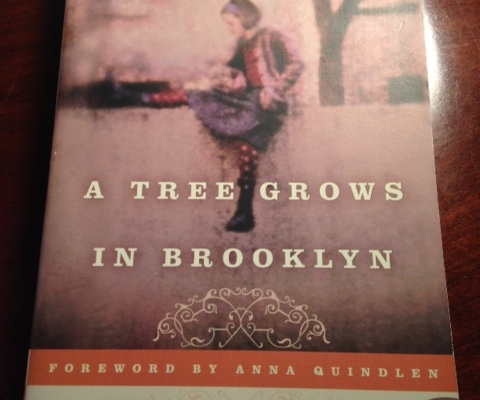 I’ve realized that a lot of my favorite books are introspective coming-of-age novels that follow a protagonist through different stages of their life. A Tree Grows in Brooklyn is the prime example of this. I also love Richard Llewellyn’s How Green Was My Valley—the use of Welsh phrases in that one gives the prose a lyrical bent, and it’s really beautiful to read.

One of my favorite passages from A Tree Grows in Brooklyn:

And the child, Francie Nolan, was of all the Rommelys and all the Nolans. She had the violent weaknesses and passion for beauty of the shanty Nolans. She was a mosaic of her grandmother Rommely’s mysticism, her tale-telling, her great belief in everything and her compassion for the weak ones. She had a lot of her grandfather Rommely’s cruel will. She had some of her Aunt Evy’s talent for mimicking, some of Ruthie Nolan’s possessiveness. She had Aunt Sissy’s love for life and her love for children. She had Johnny’s sentimentality without his good looks. She had all of Katie’s soft ways and only half of the invisible steel of Katie. She was made up of all of these good and these bad things.

She was made up of more, too. She was the books she read in the library. She was of the flower in the brown bowl. Part of her life was made from the tree growing rankly in the yard. She was the bitter quarrels she had with her brother whom she loved dearly. She was Katie’s secret, despairing weeping. She was the shame of her father staggering home drunk.

She was all of these things and of something more that did not come from the Rommelys or the Nolans, the reading, the observing, the living from day to day. It was something that had been born into her and her only—the something different from anyone else in the two families. It was what God or whatever is his equivalent puts into each soul that is given life—the one different thing such as that which makes no two finger-prints on the face of the earth alike.