Here are some great articles/blog posts I’ve read lately…not all of them are recent, but I’ve just gotten around to reading them and found them worth sharing:

Simcha Fisher, “That death may march in the shade”:

No one wants to be pro-death, exactly. When there’s a baby involved, we sweeten the deal and say, “Just start over. Maybe you’ll get a better baby next time.” When there’s an old person involved, we say, “He had his chance. Now he needs to move over and let other people enjoy their lives.” We insist on death for some in favor of the living, as if death in all its current popular forms — abortion or euthanasia or physician-assisted suicide — will improve life for the multitudes. We argue that one person’s death makes life better for other people. Choosing death, we argue, is a choice for freedom, for health, for happiness, for life itself — if not for the victim, then for someone else, someone who deserves it more.

Ask the 80-year-old who knows very well that he is tedious, he is smelly, and he is expensive, and his children wish the old fool would croak already and stop gobbling up their inheritance. Ask the married, stable, loving parents of a baby boy whose brain is growing out the roof of his mouth. Ask the woman in the wheelchair, the sexual abuse victim, the burdensome ones. Ask them if a stranger has ever suggested it might be better if they just, you know, die.

However, [there’s always a caveat, isn’t there?] even with these “lightbulb moments,” I still had room for more learning and growth. Because, my friends, I discovered that I had become a blog-stalker. I would read and skim through one blog post after another, partially absorbing what I had read, following the lives and adventures of different people. This “blog-stalking” isn’t necessarily bad, but I began to see that it was not very fulfilling. I had this “lightbulb moment” while listening to the Fountains of Carrots podcast episode with Kendra Tierney. As Kendra, Haley, and Christy all discussed navigating social media, I began to see that real community, relationships, and growth can happen through blogging. I realized that when I sat hidden in the shadows, “stalking” another person’s blog without ever making my presence known, I was losing out on an opportunity to build bridges, engage in fantastic conversations, and provide alternative viewpoints.

I am one of those people who can’t sleep at night if I know someone is mad at me. Desperation clutches at my chest and I cannot rest until I know things are going to be OK. A breakthrough happened for me when I began to see what drove my desperation: relationship codependency. I know codependency can sound like an off-putting psychological label, but here’s what it means for me: placing my happiness and well-being in the hands of others. My codependency manifests itself when I rush back into harmful relationships. I think women are conditioned more often than men to equate their self-worth with the stability and longevity of their relationships. I was taught that tolerating hurtful behavior from others was actually the Christian thing to do because it meant I was “being forgiving.”

Dr. Lewis, who conducted the study, told The Telegraph, “It really doesn’t matter what book you read; by losing yourself in a thoroughly engrossing book, you can escape from the worries and stresses of the everyday world and spend a while exploring the domain of the author’s imagination. . . . This is more than merely a distraction but an active engaging of the imagination as the words on the printed page stimulate your creativity and cause you to enter what is essentially an altered state of consciousness.”

In other words, the meditative-like qualities of reading help our brains escape their multitasking funk and get us used to the mindful practice of concentrating on one thing at a time—which can greatly eliminate triggers of modern stress.

Marc Barnes, “The Humor of Salvation”:

A child throws paint on paper, wipes it with his face, calls it a “boat” and hands it to his mother. She beams and posts it on that Original Facebook Wall — the fridge. No one observing this relationship would be foolish enough to say that the child earns his mother’s love. Rather, the mother’s gift of love makes her child’s hapless attempts at “art” effective and worthy of praise. It is not despite, but precisely because of the unbridgeable distance between the objective worth of the finger-painting and the honor it earns that we understand the efficacy of the child’s work to be rooted in the generosity of his mother — and not his dubious craftsmanship.

Maybe the reason you’re still single is that the Lord is holding out hope that you’ll be so much more than you are right now. Marriage was designed to make saints, but it’s not magic. Live a novitiate now, and you’ll have some raw materials to bring to the table.

Simcha Fisher, “Giving Birth? Who DOES That Anymore?”:

Note the disdain of his tone. Note how he speaks of women in what any normal person can identify as an extremely traumatic crisis. These women, he implies, are idiots, bumpkins, morons. Putting a baby in a box? Who DOES that? Not aborting the baby? Who DOES that? Getting pregnant? Who DOES that? Why didn’t they just use contraception in the first place, and then use Plan B when the contraception failed, and then get an abortion if they missed their window for Plan B? What kind of fool actually gives birth these days?

Kellie B. Moore, “Why I’m Embracing the Joy of Missing Out”:

Because it’s true—we can’t do everything. We can’t read every article or see every photo. We can’t chair every committee or go to every party. Our inability to do it all doesn’t make us inadequate. It simply makes us human. We have to make choices. And in choosing what we’re not going to do, we make decisions about what we are going to do. 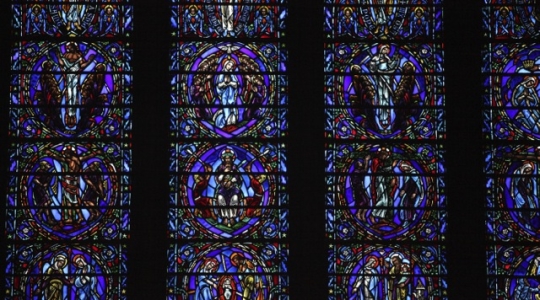 “This is very dangerous for them, because it makes them miserable. They stand at the edge of a grave and ask, why? And they receive no answer. It is only the grave that they see. Nothing more. And they know it is their end, too. An open grave is a distressing thing, no?”

“Yes,” I replied, the specter of the raw earth of the grave rising before me. I shivered involuntarily.

When men hear that I won’t have sex until marriage, they have one of two reactions: A) they run screaming in the opposite direction or B) they nod soberly, muttering assurances about respect, all the while nursing an unspoken “challenge accepted.” […]

As you might guess, these gentlemen were the confident ones. Not accustomed to female rejection, they were very sure that just the right combination of words, the perfect dose of charm and a few well-placed mischievous boyish smiles would do the trick; I’d throw up my hands in a eureka! moment.

What about empowering women to understand their fertility from the ground up, and inviting them to make thoughtful, adult choices about whether and when to engage in sexual activity and how to consume – or not to consume – alcohol?

That would require, of course, seeing women as capable, competent individuals with minds of their own. So maybe better to issue fearful government bulletin.

And what about stepping back from the precipice of This!Life!Is!So!Risky! and admitting that perhaps we don’t have complete, autonomous control over every aspect of our lives, of our children’s lives, and of the ordinary risks of being on planet Earth? Maybe a little nod to all of recorded human history prior to the 20th century is in order, too? Bueller?